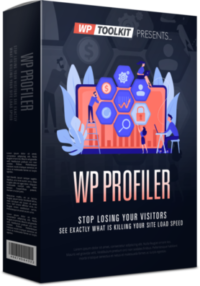 profiler1
WordPress is the most popular website building tool for good reason, the sheer number of amazing plugins available to cover almost any possible situation...

WordPress is the most popular website building tool for good reason, the sheer number of amazing plugins available to cover almost any possible situation or function you could need is incredible, and most are actually free!

But there’s a downside – this is also responsible for one of the biggest and most common problems that people do to their own sites, all be it inadvertently and where WP Profiler can help.

In fact, if you have a WordPress blog you’ve most likely done this yourself…

I’m talking about too many plugins!

This is the most common issue we see with client’s sites when we do a ‘health checkup’, they simply have way too many plugins installed, often including ones they no longer even use or need…

Too many plugins is a potential security issue as it creates more potential exploits for hackers to take advantage of.

But it can also have an immediate negative impact on your bottom line by slowing down your site to the extent that you start losing visitors!

At just 3+ seconds load speed you lose 50%+ of your visitors, and it just gets worse from there!

Those slow load times not only create a very bad first impression to any new visitor to your site, likely resulting in them hitting the back button and going to your competitors’ site, but it gets worse once Google sees that happening!

Google has stated that site load speed is a ‘ranking factor’, in other words, they take it into consideration when they decide how well your site should rank in the search results.

and the problem gets compounded by the bad user experience, as Google also pay attention to your site’s bounce rate, so the more people that hit the back button because of the slow page load, the more ranking penalty your site will get!

If you’re getting traffic, but people aren’t sticking around it may well be because of the load speed, and it’s going to end up costing you any free organic traffic you are getting…

It gets worse if you’re using paid traffic, that bounced traffic is going to keep sending your ad spend through the roof!

Now 3 seconds seems like quite a long time for a webpage to load, but have you actually tested yours recently?

I’d highly recommend heading over to Pingdom to try!

Once people realise they have a speed problem the commonly accepted solution is to simply install a cache plugin.

“What is Cache” Quick Answer – WordPress dynamically creates the webpage that a visitor sees whenever any visitor arrives at the site, so the web browser has to load up every element involved in creating the page – A cache plugin saves that page as a static HTML version that is much faster to load and delivers that to new visitors instead.

Having a cache plugin installed will speed up page load speed times a bit, but it’s not addressing the core problem.

It’s a bit like putting a turbocharger on an overloaded vehicle, you will get a speed increase, but not as much as if you deal with the overloading first!

There’s also another aspect to the plugins problem, not all plugins are created equal!

Some plugins can take a long time to load up, sometimes simply because they are badly designed, and this can have a significant effect on your site load speed.

The problem is how on earth do you find out whether one of your plugins is causing a problem, and if so which one…?

The long-winded method is to deactivate each plugin and re-run a speed test, going through all your plugins until you find the one (or more) plugins that are causing the problem.

Once you identify them you can then simply remove them if you don’t need them, or look for an alternative that doesn’t slow your site down if it is something you need.

Fortunately, there is now a clever new plugin that will create a page load profile for your site so you can see exactly what is slowing your site down immediately and fix it.

This amazing time-saving plugin, called WP Profiler, doesn’t stop there, it also goes on to fix another major speed issued that WordPress sites have – Image Size and optimization

This is the other most common site speed issue we see with client sites; they have huge images that have been uploaded without any optimisation, slowing down their pages even further.

WP Profiler has options to automatically optimize new images you add as well as to bulk optimize all your existing images, and hooks up to a service that gives you 500 free image optimize credits every month!

Then the plugin goes on to clean up, re-index and optimize all your sites databases.

This is one of those ‘hidden’ WordPress flaws that people don’t generally get to see, the databases that it runs off get clogged up and messy over time, and this not only slows them down it can cause faults with your site over time as well!

Keeping your databases neat and tidy takes just moments and a few clicks with this plugin.

Just to go one step further, there’s also a site health check which will tell you if there are any issues you should be aware of with your web hosting and server, and you can get a daily health report emailed to you so you know if anything new crops up!

The guys behind this are long time WordPress users themselves, so they also appreciate that not everyone is a techie – they’ve kept all these powerful features incredibly simple to use, mostly just one click to complete.

So, I have to ask – how many of the plugins on your site are you actually using?

And are any of them crippling your page load speeds?

Pop over to Pingdom and check, then take a look at WP Profiler HERE to see how you can fix it!